Sixty years ago Liverpool City Council were in the middle of a slum clearance, the city planners had already developed suburban area's on the outskirts of the city such as Clubmoor, Dovecot, Fazakerley and Norris Green.
As the planners were looking at more rural locations, they focused on the area of Croxteth, just beyond West Derby Cemetery. Croxteth at that time only had a few farm buildings but was dominated by St Swithins R.C. Church which had stood on the site from 1410.
It was decided to build on the fields beyond Utting Avenue East and Lower House Lane, the only problem for the citizens of Liverpool was getting there, as the trams stopped at Utting Avenue East, the alternative was to travel along the East Lancashire Road. 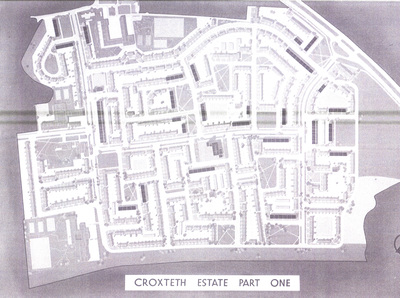 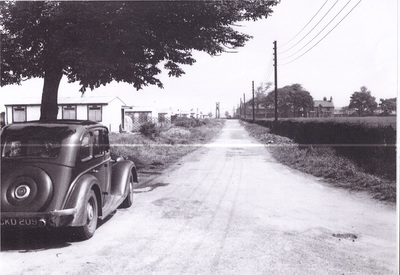 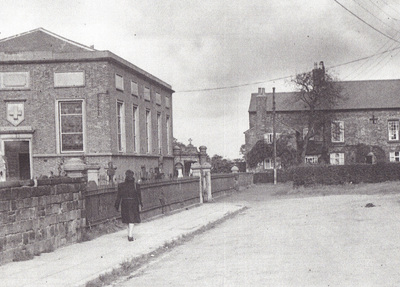 One of the appeals of families moving to Croxteth was the commitment of the city planners to make Croxteth a little utopia with all amenities, Shops, Schools and nurseries, Churches, Pubs a library and a selection of 2, 3 and 4 bedroom houses. Before the building of the Croxteth housing estate families were living in the small two up two down terraced houses which surrounded the Scotland Road, Great Homer Street, and Netherfield Road area's of Liverpool. The small Victorian terraced homes couldn't match the facilities such as what was on offer on the new estate, indoor toilet and bathroom, electricity and front and back gardens, but most appealing was the sense of space and fresh air in the much larger homes on offer in Croxteth.

The idea the planners had for the estate was to build the show homes first which is now Crantock Close and then allocate the houses as families came to view the estate, along with the show homes they also had a map of the future of the estate, first to view the new homes were the families in the temporary pre-fab homes of Altbridge which ran parallel with the East Lancshire Road, which is now the site of the Showcase Cinema and the shopping complex. 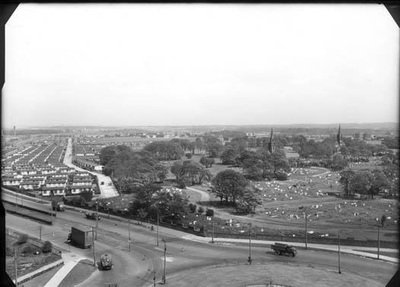 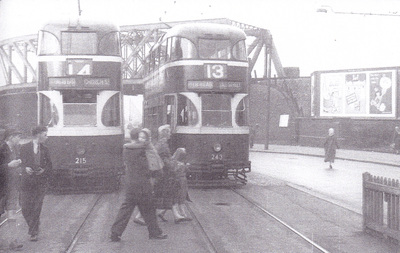 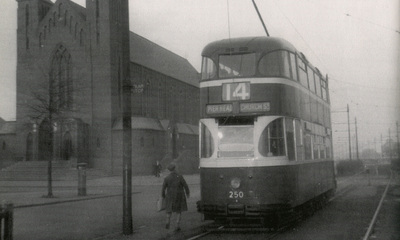 The new families moving into the newly developed Croxteth, had to make their way through a building site, as workmen where still building the estate, laying out the road plans and the promised schools and shops. 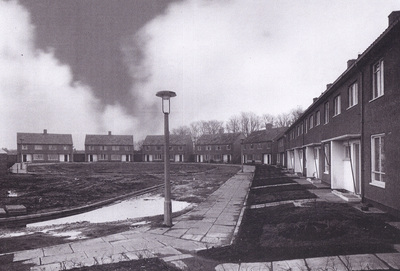 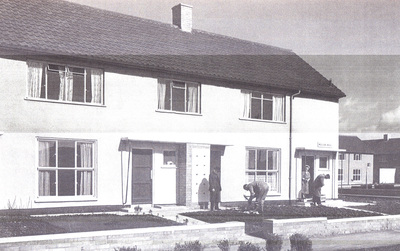 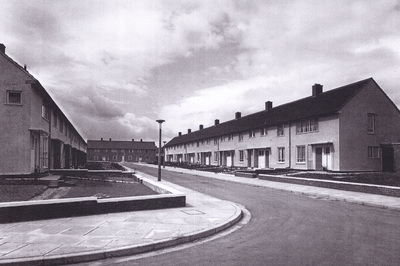 Once the homes where completed it was time to layout the amenities, such as the Doctors surgery, the family health clinic, schools, churches, pubs, and the most important local shops. 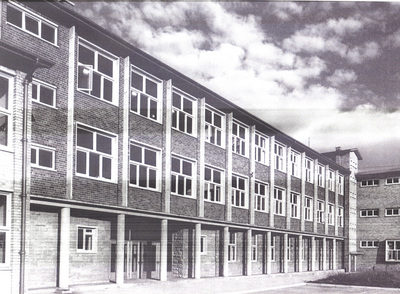 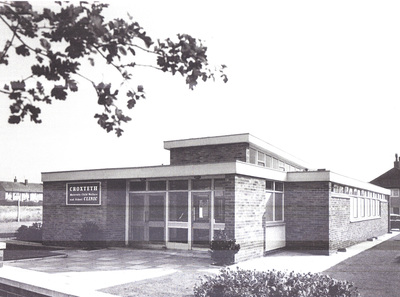 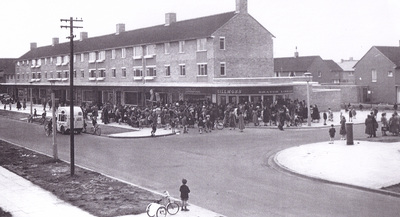 Croxteth also has a Beatles connection, The Beatles, featuring John, Paul, George and Pete Best played at Mossway Hall on Friday 17th March 1961, the venue with the original stage is still there today.

Another connection to the Beatles is that, Paul McCartney's mother and father where married in the local church, Father Jim was living in Scargreen Avenue, while Mother Mary was living in Fielton Road. Mary’s parish was St. Swithins, Gillmoss and on the 15th April 1941 they were married

St Swithin’s Roman Catholic Church earlier known as the Gillmoss Chapel, was originally founded in the year 1410.  The first Mass was held on the site in the year 1425, in what became St Swithin's Church.

The original chaplaincy was run by the Benedictine Monks, until 1757.  In 1768, when the Catholic, Molyneux family of Croxteth Hall where forced to find another place of worship, a loft was converted into a secret chapel in a farm house, on Gillmoss Farm, which is now Back Gillmoss Lane and the site of Our Lady And St Swithin's Primary School.

It is also recorded that during the years 1768 - 1824 the small loft chapel was visited by French Royalty, notabley Charles X and Louis XVIII while the two where in exile following the French Revolution .

The news cutting  from 1952 shows the converted loft, where the Molyneux family would worship in secret.
The small farm cottage was standing until the 1950's a place of pilgrimage. 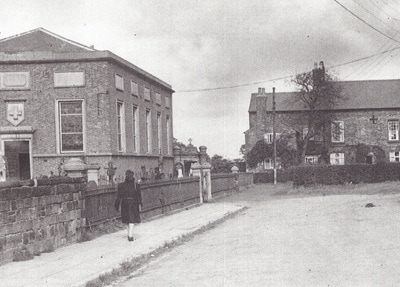 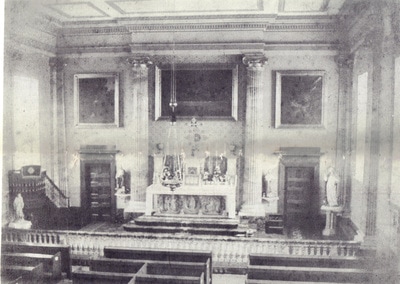 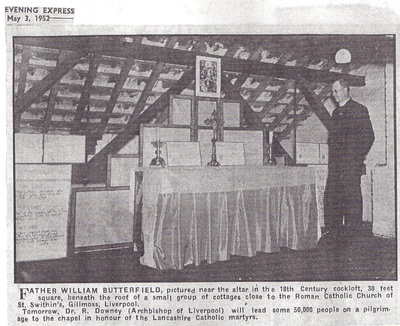 Sadly the last Mass at St Swithin's was held in 2004, and services where held for a short time at the Convent next to the church, until the parish merged with Our Lady Queen Of Martyrs.

As for the Church building that was converted into a skill centre, which benefits the young people of Croxteth and Gillmoss. 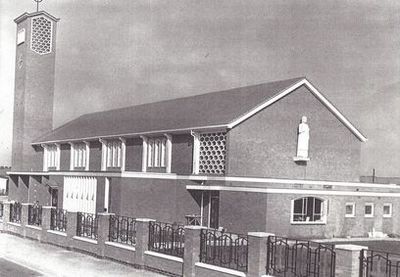 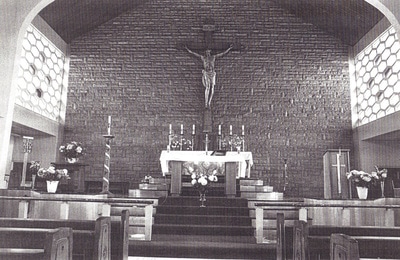 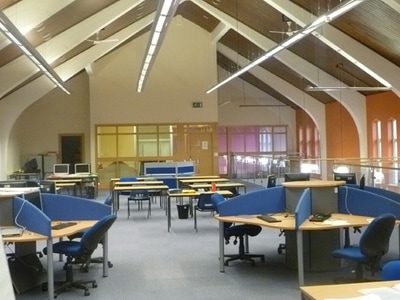