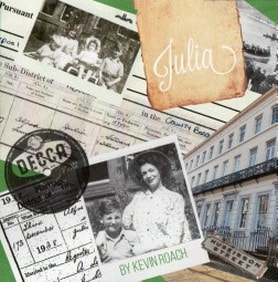 The third book in the series by Kevin Roach It covers John Lennon's Liverpool Roots following the Other Beatles genealogy series in which Kevin explores the ancestry of the most famous band members in history, this time focusing on Julia Lennon: John Lennon's Mother and the relationship they had together.

Mother You Had Me I Never Had You, were the words in the deeply personal song Mother, The song wasn't sung but screamed out for it's recording on the JohnLennon/Plactic Ono Band Album.

The screaming style he used, and the carefully chosen lyrics, could be described as the behaviour of an angry, rebellious teenager, but who was Mother.

This is the book that explores that question.